A popular new waterfront park in Mimico recently gained $19 million in funding for its second phase to connect it to the western edge of Toronto's Waterfront Trail.

Phase two of the park will create a 250-metre boardwalk and multi-use waterfront trail from Superior Avenue, where the new park ends, and Humber Bay Park.

"It could be completed by 2012," said Michelle Noble, spokesperson for Waterfront Toronto.
The new $10.6-million lakeside Mimico park, with its sand dunes, lookout point, 150-metre boardwalk and public trail for pedestrians and cyclists, opened to much fanfare in July.
But the park begins, and ends. A 400-metre gap separates it from Toronto's waterfront trail to the east at Humber Bay Park.

"It's a great park," Bob Poldon, president of the Mimico Residents' Association said of phase one. "But it's sort of the park to nowhere. I sure look forward to it being completed."
The holdup is owners of three walk-up apartment buildings on that stretch of Lake Shore Boulevard West who have steadfastly refused to sell a strip of shoreline at the south end of their parking lots to create the park.

In 2005, the Toronto and Region Conservation Authority began negotiations with more than a dozen waterfront landowners to acquire their properties for a total of $3.8 million.
Four properties remain. The authority has an arrangement to buy one.

Two are owned by an offshore investor the authority is confident will sell.

Only one landowner remains a holdout.

And so the park became a phased project. Frustration mounted.

In an unusual move, representatives of all three levels of government in Etobicoke-Lakeshore appeared before Waterfront Toronto's board in the summer to urge it to approve funding to move forward phase two of the park.

But whether that funding will acquire the last remaining property to complete the park and trail connection is unknown.

Repeated calls to the authority for comment on the status of those negotiations were not returned.

David Pylyp While in Canada, we don't have the same eminent domain issues for expropriation of property; The Business Communities along the Lake Shore Mimico, Longbranch, would greatly improve their pedestrian and stroller/ bicycle traffic if the Mark Goodman Train continued directly thru to the Mississauga Marina's.
Posted by David Pylyp at 10:19 AM

3 things you can do right now 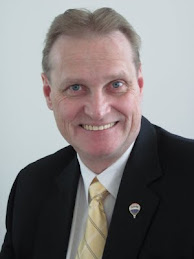 David Pylyp
Etobicoke, Mississauga, Oakville, Ontario, Canada
David Pylyp Accredited Senior Agent. Almost certainly one of the preeminent real estate agents for West Toronto Homes and Humber Bay Shore Condos, Award Winning Realtor David Pylyp has been helping families buy and sell homes in West Toronto GTA (Etobicoke to Oakville) for 22 years. Use innovative strategies and sales techniques to advertise and promote your home for sale, for maximum exposure to get maximum value. David is passionate about getting and giving great Value, Professional and Persistent in getting things done. David’s candor and humour combined with a simple phrase of “There are no wrong answers” help ease the decisions you need to make.

Thank you for reading my blog.

If there is any matter that I may assist with, please feel free to contact me. Do you have a question? Send an email with a question and instantly sign yourself up for my email Newsletter with special offers and merchant discounts.